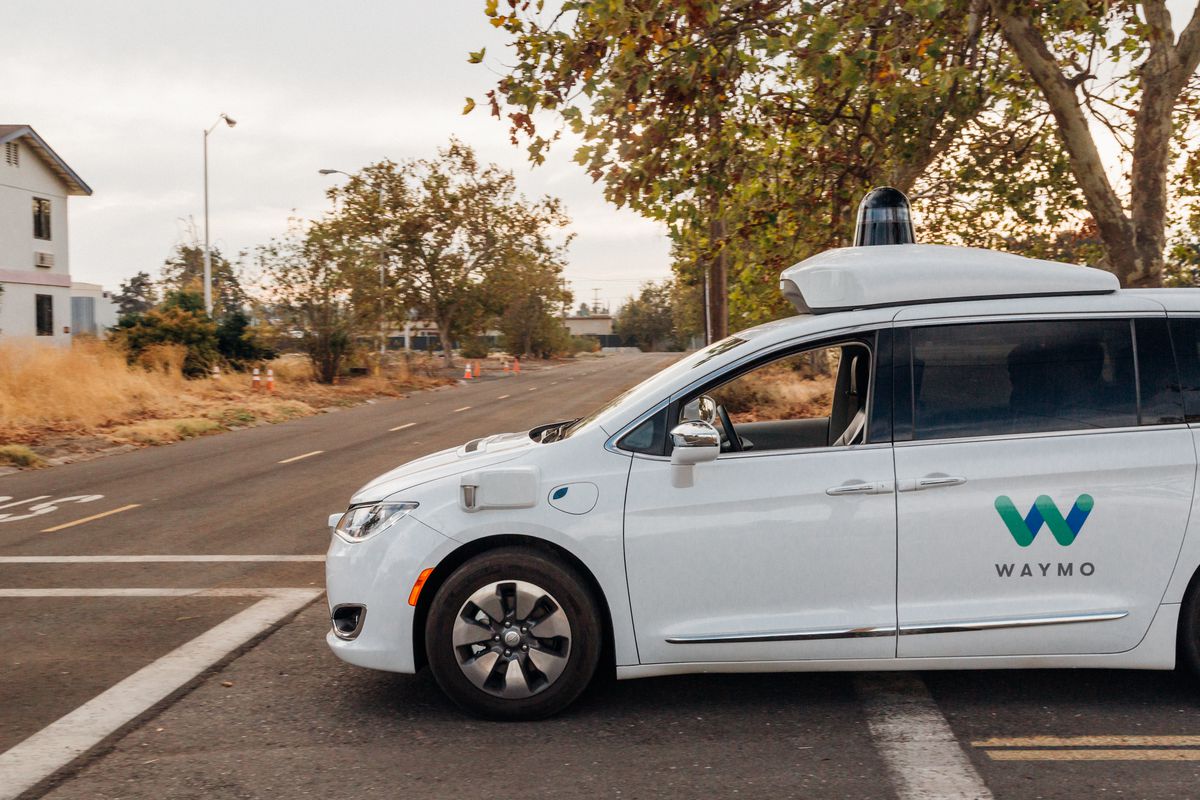 Waymo, the autonomous vehicle division of Alphabet, Google’s parent company, reached an important milestone recently: since mid-October, the company has been operating its autonomous minivans on public roads in Arizona without a safety driver — or any human at all — behind the wheel. And starting very soon, the company plans to invite regular people for rides in these fully self-driving vehicles.

The news that Waymo’s vehicles have been on public roads with no human in the driver’s seat was announced today by the company’s CEO John Krafcik at a tech conference in Lisbon. The announcement comes on the heels of Waymo’s decision to invite a group of reporters to visit Castle, a 91-acre facility in California’s Central Valley that it has been using as a training course for its self-driving vehicles. At the time, Krafcik declined to provide an exact timetable as to when it would begin testing fully self-driving vehicles on public roads. Little did we know at the time, they were already doing it.

“Fully self-driving cars are here,” Krafcik said, according to a copy of his speech provided by Waymo.

There are some caveats, of course. A Waymo employee will remain in the vehicle for now. But instead of being in the front seat, that employee will likely sit behind the driver’s seat. (Waymo says that won’t always be the case, though.) The cars won’t have free rein over Arizona’s roads. They’ll be geofenced within a 100-square-mile area of the town of Chandler, a suburb of Phoenix — though Waymo says it plans to expand to areas beyond that as its cars collect more data and conduct more trips. And the cars won’t be available to just anyone who wants to go for a ride. Members of Waymo’s Early Rider program, which has been in operation in Chandler since last April, will be the first to experience the new technology.

But it most certainly signals a growing level of confidence by Waymo, and, by extension, Alphabet, in the technology developed by its engineers over the last eight years. It represents a raising of the stakes for the rest of the industry that sees full, Level 4 autonomy, in which a vehicle is capable of driving itself, with no human behind the wheel, in most environments and road conditions, as the ultimate goal.

In the year since it spun off from Google, Waymo has moved aggressively to test its cars on public roads. The company has certainly been testing self-driving cars on public roads longer than the broader tech and auto industries, and it has access to Google’s machine engineering talent, making it a formidable competitor to companies with decades of car-building experience.

But Waymo isn’t going it alone. The company has partnerships with Fiat-Chrysler, Lyft, and Avis, even while it’s manufacturing its own sensors and hardware to reduce dependence on suppliers. In his speech, Krafcik enumerated the many advantages that Waymo’s vehicles have over its competitors.

“This is the most advanced vehicle we’ve developed to date,” he said. “Everything in it is designed and built for full autonomy. Our combination of powerful sensors gives our vehicles a 360 degree view of the world. The lasers can see objects in three dimensions, up to 300 meters away. We also have short range lasers that stay focused close-up to the side of the vehicle. Our radars can see underneath and around vehicles, tracking moving objects usually hidden from the human eye.”

Chandler’s local government has been informed of the driverless cars, and appears to welcome the fame (and scrutiny) that comes with playing host to Waymo’s experiment. “Waymo’s work here in Chandler is groundbreaking as they work toward their goal of fully autonomous vehicles,” said Chandler Mayor Jay Tibshraeny, in a statement provided by Waymo. “At the same time, this research and development taking place in our community will ultimately make our roads safer and provide new freedom for those unable to drive.”

The next step for Waymo is a big one: a commercial ride-hail service, in which riders can hail one of the company’s autonomous minivans via an app like Uber or Lyft. “People will get to use our fleet of on-demand vehicles, to do anything from commute to work, get home from a night out, or run errands,” Krafcik said.

And because Waymo is operating its vehicles in Arizona, where the laws regulating autonomous tests are practically non-existent, a lot of the reporting on the progress of these vehicles will be incredibly one-sided. Unlike California, which is another hotbed for self-driving vehicle testing, Arizona doesn’t require companies to publicly disclose accidents involving its cars, nor the number of times human drivers were forced to take control of their driverless vehicles.

Of course, disengagements are moot for a vehicle without a human in the driver’s seat. (Its last report to California showed that Google’s disengagements dropped precipitously.) Waymo recently released its first safety report, a glossy, 41-page document that details its testing regime that involved 3.5 million miles driven on public roads and 2.5 billion miles driven in simulation. The report, which was released voluntarily, earned the company an atta boy from US Secretary of Transportation Elaine Chao.

Chao’s department is scrambling to amend its voluntary autonomous vehicle guidelines to include buses and trucks, the latter of which Waymo is also working on. And Congress is weighing legislation that would give companies wide latitude to deploy, test, and make money off of self-driving vehicles. But most companies are still moving cautiously, cognizant of the fact that most people are skeptical or flat-out distrust autonomous technology. They say they plan to keep their safety drivers behind the wheel until 2020 at the earliest.

Amazon Alexa will soon help you cook too